From dusty saloons in old Western movies to the glitz and glamour of high-stakes international competitions, gambling culture is steeped in poker. The simple act of joining a poker game can give you a clandestine thrill. Its variations are almost limitless, and keeping your head is more important than anything.

If you can’t keep your pah-pah-pah-poker face, you could be taken for a ride by a master bluffer… or you could win with pure, good old-fashioned luck.

> A brief history of poker

Poker has been around longer than just about any other game played in casinos today. It’s the classic gambler’s game, where wit, nerves and a little bit of applied psychology can lead you to victory… as long as Lady Luck is on your side. The origins of this game stretch back over five hundred years to a German game called Pochen, although poker today is its own, unique game.

The game of poker has long borne a reputation of mystery and a hint of danger – and Hollywood certainly hasn’t helped to dispel this air. Even so, today’s professional poker players defy expectation. From the educated to the self-taught, those born with a silver spoon in their mouth to those from more dubious backgrounds, as long as you’re possessed of nerves of steel and an excellent poker face, you could enter the rarified field of pro poker.

> How to play poker

Purpose of the game

The goal in poker is to have the best hand at the table, or at least to make it look that way. Simple, right? Not exactly. Poker is a game of consideration and a little strategy. In this section, we will go through the rules and game play for standard five-card poker. Other types will be discussed in Types of poker.

At the start of play, all players receive five cards, face down. Each player can then inspect their cards and, if they want the chance to improve their hand, switch out any number of cards. Once this is done, everyone should have the hand they will be playing with.

Players can now take turns to either fold – withdraw from the game if they don’t have a good hand to play with – or continue playing. Once betting rounds are concluded, all remaining players reveal their cards and the winning hand is identified.

Poker is scored according to very clearly laid out guidelines. They types of hands you can get are, from highest scoring to lowest:

Poker comes in many shapes and sizes that vary from the basic form we’ve described so far. Every dealer, every casino and every game can have variations, and it’s best to know these before playing. Variations include:

Traditionally, poker is played with five cards, but some varieties allow for seven cards to be dealt.

In draw poker, all cards are dealt face down, and players can exchange cards for new ones. In stud poker, one or more cards may be dealt face up, and no cards are exchanged.

In Texas Hold ‘em, players only receive two cards, face down, and there are five ‘community’ cards. These community cards are dealt face-down and are shared by all players to make up their 7-card hand.

Omaha, another version of hold ‘em, gives players four cards each, and reveals five community cards from the start. Players select two of their cards and play those with any three of the shared cards to make their hand.

Jokers are always considered wild cards and can take the place of any other card in the deck. They’re especially useful for filling in a five-of-a-kind hand. However, not all dealers include the joker, and they may designate other cards as wild instead of, or in conjunction with, the joker, or they may use no wilds. The most popular wilds are deuces (twos) or one-eyed jacks (cards where the jack’s face is in profile), but cards of any value may be designated wild. Aside from the joker, wild cards also carry their regular value in play.

Most of the time, poker is played with one standard 52-card deck. However, variations may include keeping the joker(s) in the deck, or combining two decks but leaving out cards with a value below 9 (this is a ‘royal’ deck).

> Where to play poker

Not all poker is played in dodgy bars with scary-looking characters hanging about. The game is immensely popular and is played in casinos and in tournament form around the world. There are many professional leagues and championships that the professional player can join.

For non-professionals, poker comes in many varieties and venues, but we highly recommend choosing an accredited casino (including online), as these are regulated and, therefore, safer. Online poker can be played in live rooms with a dealer, or you can play video poker, where it’s just you against the system.

When playing in person with other players, there is a whole world of psychological game-play and bluffing that has little to do with the actual value of the cards. In an online live dealer environment, bluffing is more about your betting behaviour than your poker face, whereas with video games, it comes down to your cards.

As a start, your best strategy is to get clear on the house rules and how they vary from standard poker. After that, have fun developing your own style and approach.

Thanks to its rich and varied history and nature, poker includes loads of in-game terms that refer to hundreds of types of play or situation. However, the most important ones to know before getting started are:

Poker has been widely considered a game for the shrewd, clever player for hundreds of years. It’s a game that involves a little more thought and consideration than the simpler casino games. Take a little time to familiarise yourself with the complexities of this, the king of games, to fully enjoy it.

BACK TO ALL GUIDES 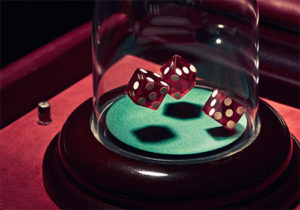 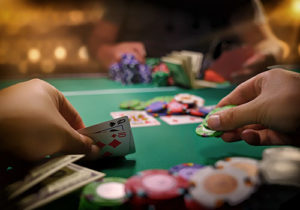 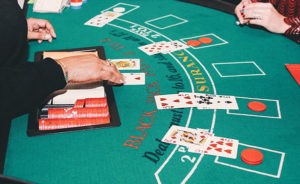 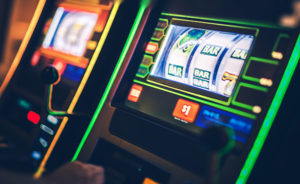